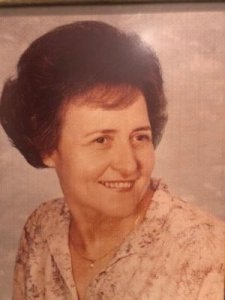 Merlene “Sister” Willis of Ruston, LA, (formerly of Odessa, Tx.) went to be with her Lord and Savior, November 28, 2020. Merlene was born February 25, 1934 in Dubach, LA.  Her life based on the Word of God and Salvation through Jesus Christ are a blessing and her legacy. Her greatest joys in life were serving and caregiving for her family and friends. She cherished her role in life of being a prayer warrior for her family, friends, pastors, church family, and country. It thrilled her soul when the calls came of “Mom….Sis…Aunt Sister/Merlene …Grandma Merlene…Mrs. Merlene…I need you to pray for me for…” whatever the needs were , she considered it a great privilege of praising, praying, speaking the word, and standing in faith to see the victory for the needs of those she loved.

Merlene married the love of her life, James O. “Red” Willis in 1950 in Ruston, Louisiana.  Shortly thereafter, they moved to Odessa, Tx. where they made their home until 1996. In 1954, she joined Manuel’s Restaurant where she continued her work ethic of excellence and enjoyment of the restaurant business from food, parties, and serving – many new friends became family. During their years of marriage they opened their hearts and home to many siblings, nieces, and nephews as “adopted parents”.  The joy and teaching this brought helped to prepare them for what they considered a blessing of their marriage, the birth of their daughter almost 13 years later. Merlene was an avid volunteer at their church home of Immanuel Baptist and The Lighthouse Churches in Odessa,Tx.  She was actively involved in parent and band sponsorship trips with Permian High School during the great days of Mojo football and state championships. If friends or family ever needed a cheerleader or a champion of their cause, she was armed and ready to move to action! Upon retirement they returned to Ruston to enjoy family and the Sportsman Paradise of North Louisiana.  After returning to Ruston, they became longtime members of Emmanuel Baptist Church where they served on the Youth council and various church volunteer roles. Her joy in the Lord and her deep joyous laugh will continue to burst in our hearts.

Merlene is survived by her adoring and loving daughter and son-in-law: Rayelene and Jon Corbell of Houston, TX; special grandchildren Kris (Steve) Bellard and Ryan (Rachel) Corbell; and her latest prayer and loving assignments of great grandchildren, Brock and Beck Bellard and Colton and Cayleigh Corbell all of Texas; brother Rayburn “Bub”(Ann)Brazzel of Abilene, Tx.; Sister-in-laws, Lucille Holloway of Brunswick, Ga., Alice Brazzel of Ruston, Joyce Brazzel of Simsboro, and Jimmi Brazzel of Shreveport, La.; and numerous nieces, nephews and extended family.

Special thanks to dear friends Jose and Kayla Hebert, and Mom’s earthly angels Elena and Kathy Lopez, Angela Tinklepaugh, Jennie Martin, Mandy Kilgore, Hillary Higginbotham, Allyssa Ingram, Angie Calhoun, and Heather Smith. They allowed Mom to continue to live life in her home standing on her prayers and faith in God that He would never leave her nor forsake her, and that He would supply all of her needs in accordance to the riches of His glory in Christ Jesus.

For those who desire, memorial contributions may be given to the Brazzel Memorial, a 503 (c) charity close to her heart which benefits causes of North Louisiana at 7150 Lantana Ave Abilene, TX 79606,or Emmanuel Baptist Church youth group, or the charity of your choice.

Slideshow shown at the memorial service and the ZOOM remembrance.